I’m watching every lesbian film ever made (Updates posted regularly) 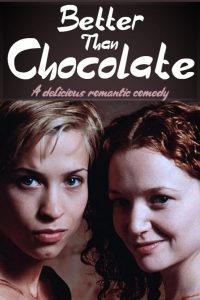 This movie is extremely cheesy, but I love it. For its time, it does a great job of portraying queer and trans experiences, although it’s pretty heavily white. The film also leans heavily on stereotypes, but they approach them with some depth and honesty – for example, a cis lesbian struggling with her feelings for a trans lesbian, a culturally homophobic Italian man, and a sexually free bisexual. This was one of the first films I watched with my first girlfriend (thanks Amy!), so I have a soft spot in my heart for this film, even though it has its weaknesses. Keep an eye out for the unbearably sexy body painting scene. So 90’s. 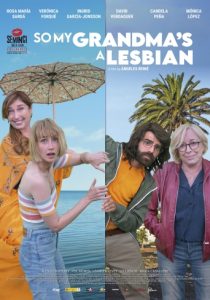 So My Grandma’s a Lesbian!

There aren’t many films that deal with the issue of coming out later in life. This one, by director Ángeles Reiné, frames itself as a comedy, but the genre doesn’t quite fit the subject matter. As the film progresses, it becomes more honest, and earnest, and the relationship between Celia and Sofia is given more depth and complexity, although it still wildly misses the mark by treating lesbian relationships (as well as a variety of cultures, religions, ages, and neurodiversities) with disrespect and as a joke. It’s too bad. (I still cried during the final scene, though.)

Watched but not reviewed:

What do you think?

What should I review next? What do you think is the best lesbian film ever made? Send me a message!